Three-dimensional (3D) cell cultures are progressively used for research in regenerative medicine, tissue engineering, drug discovery, toxicity testing, drug discovery and cancer research. They are preferred over two-dimensional cell cultures or single cells, because they can imitate in vivo architecture of natural organs and tissues. Cultured spheroids can be heterogenous in size so it is necessary to isolate them into a uniformly sized population for downstream applications, such as drug assays. 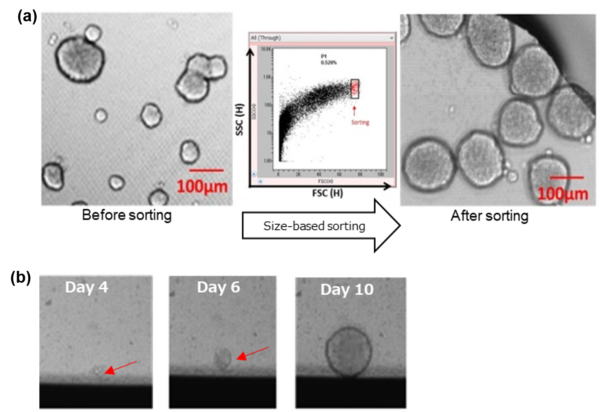